The climax to the FSO’s Centenary Season features two symphonies by Austrian composers. Mozart’s Symphony No. 35 started life as a serenade commissioned to mark the ennoblement of Sigmund Haffner the Younger, a member of a prominent Salzburg family. The Haffners had supported the Mozarts when Sigmund’s father was mayor of Salzburg and it was natural that the composer should be called upon to provide the background music for the occasion. Following the ceremony, Mozart adapted the score to convert the work into a symphony and the first performance of the work as we know it was given on 23rd March 1783 in Vienna. It was well received and, some 240 years on, it strikes a fitting celebratory note with which to mark the Centenary Season. Nearly a century after the Haffner Symphony received its premiere, the first performance of Gustav Mahler’s ‘Symphonic Poem’ met with less acclaim. The composer made numerous subsequent alterations to the score before its eventual publication in 1899 as his Symphony No. 1, which features in the second half of the concert. This epic work is scored for large woodwind and brass sections (with no fewer than 7 horns) and extensive percussion including 6 timpani. It provides a fittingly dramatic musical climax with which to conclude our centenary season.

The other work in the concert is the Purcell Chacony, written by contemporary British composer, Joby Talbot, whose music ranges from film and TV scores to dance and pop pieces. His Chacony in G minor was inspired by the work of Purcell and, published in 2011, brings the span of compositions in the concert to more than two centuries. As we look back on the FSO’s century of performing, we look forward to sharing these varied works with our audience as we celebrate our heritage of music-making in and around Farnborough. 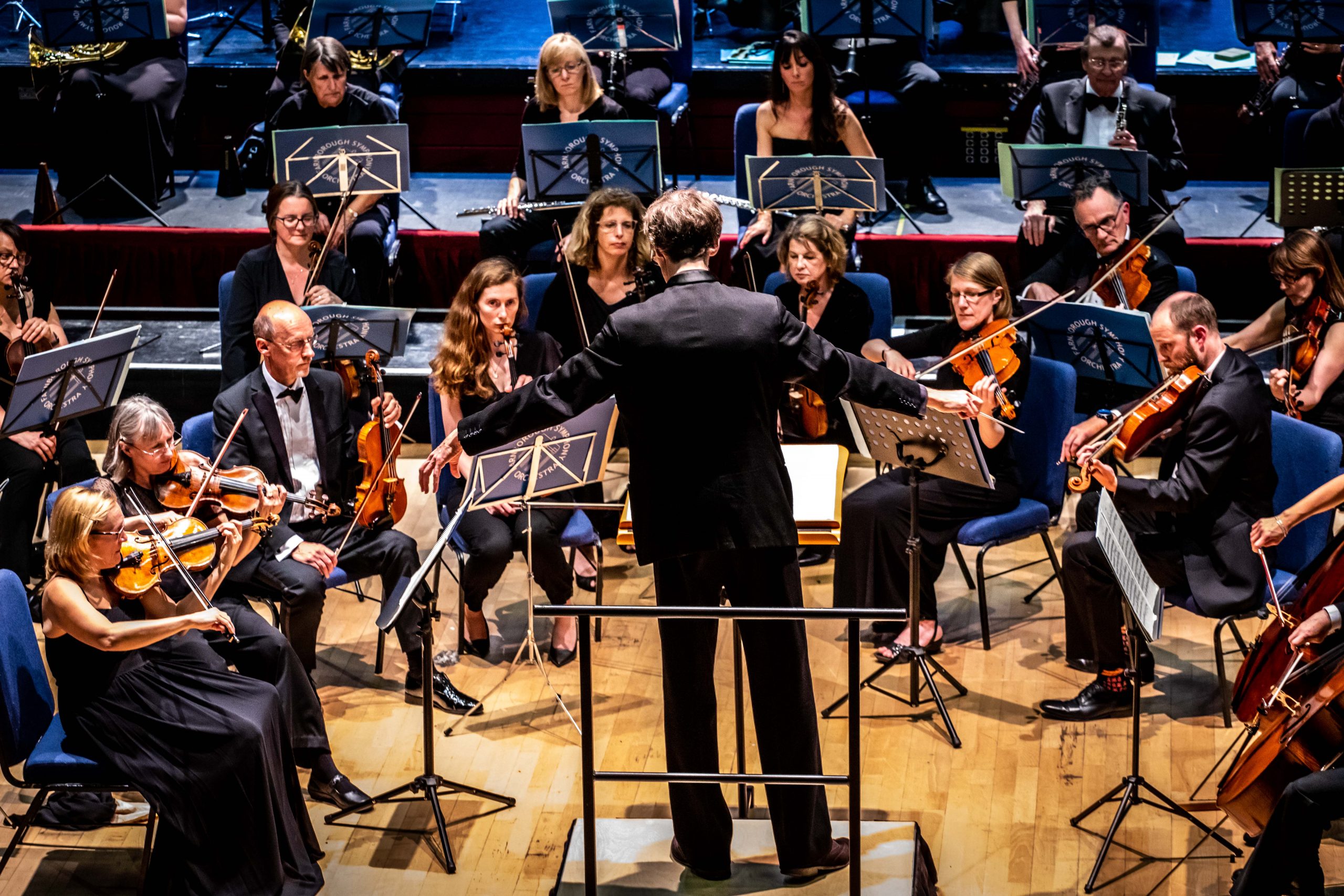