Local composer Elizabeth Winters features in the FSO’s first concert of the 2017-2018 season. The award-winning Camberley-based composer also happens to be the FSO’s lead viola player and will be both playing and speaking at our concert on November 18th at Princes Hall, Aldershot.

Winters has established herself in the UK as one of the leading composers of the younger generation. Her music is regularly performed throughout the UK, by performers as diverse as the London Symphony Orchestra, BBC Philharmonic, BBC Singers, Ensemble 10/10, Rarescale, The Orlando Consort, Aurora Nova and the Choir of Canterbury Cathedral. The Serious Side of Madness (which the FSO will perform in the November concert) led to Elizabeth’s winning a British Composer Award in 2009. Tickets for the concert are available online. 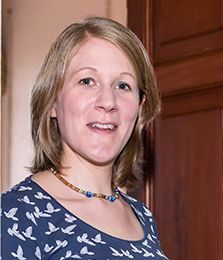 The FSO, along with many other arts organisations, has decided to cancel the final concert of the 2019-2020 season, which was scheduled to be at Princes Hall in Aldershot on 13th June.

CANCELLED: 14TH MARCH CONCERT. With regret we decided to cancel our concert on 14th March at Farnham Maltings.

The FSO is thrilled to announce that our inaugural Young Composer Competition has been won by Sam Gooderham, with his work ‘Candlewright’.